Chat with us, powered by LiveChat Improving Water Quality Starts with Quality Testing – The Green Crew 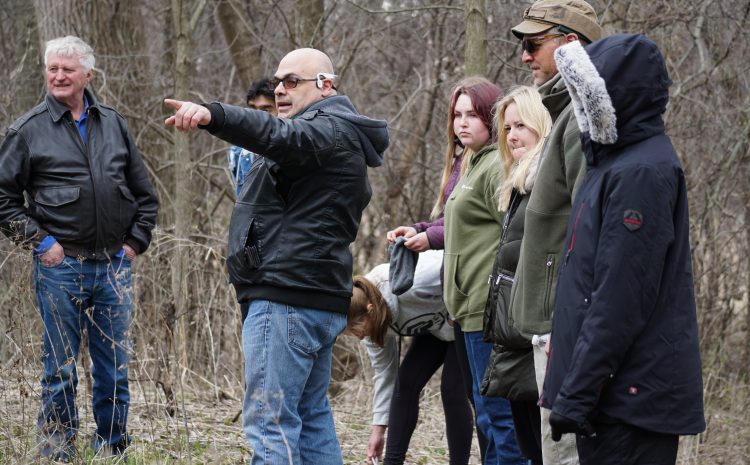 By Grace Filkke and Sophia Peterson

On April 24th youth and adults came to the Izaak Walton house for the first RiverWatch data collection. 17 people came from the Twin Cities and beyond including Jonathan Crawford, the River Watch Program Coordinator with the Friends of the Minnesota River (and he is one of the adult advisors associated with the Green Crew), Patty Braulick, Upper Minnesota District Coordinator, and Ted Suss, the President of the Friends of the MN River, and the president of the Isaak Walton League (he is an active Green Crew Advisor). River Watch is a state-wide, project in Minnesota where groups of youth collect data from rivers for the DNR. Some of the different tests are for turbidity, dissolved oxygen, Nitrates, Phosphate, PH levels, and temperatures, and in the future, we hope to include macroinvertebrate surveys as well. 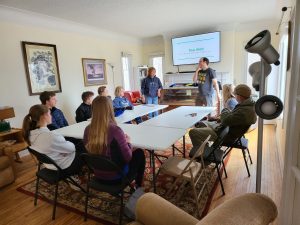 First, we listened to a presentation on the history of the Minnesota River which travels 332 miles until it joins with the Mississippi River in Saint Paul. We also learned how to use different tools such as the Van Doran, Secchi Tube, and YSI handheld monitors to collect the necessary data.

Poor water quality causes algae blooms which increase turbidity and decrease dissolved oxygen. This causes more fish to die because there is less oxygen available for them to use which has further negative effects on nearby ecosystems. Other pollutants such as nitrogen and phosphorus can have many negative effects on the river. 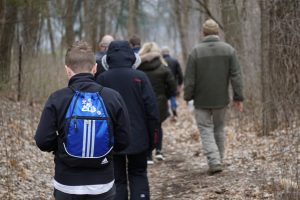 Then we walked along the trail to the Bloomington Ferry Bridge. Once we arrived everyone helped with different tasks to collect all the necessary data. On the bridge, the wind speed reached over 50 mph which made for an exciting day! As the Van Doran was lowered into the water the wind was so powerful it blew the Van Doran off the rope and into the river. After this unfortunate loss, we lowered the handheld devices into the river and recorded the data. 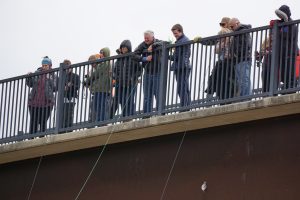 Next, we tried to measure the height of the river, but it was too windy to lower the measuring tape down to the surface of the water. Lastly, we each took a turn looking down the Secchi tube to determine the turbidity of the water before walking back to the crew house.

For the future of our rivers, it’s important for youth to become involved in their protection. If you’d like to participate in this amazing event there will be weekly RiverWatch walks over the summer led by Green Crew leaders. We hope to see you there!

Sophia Peterson and Grace Filkke are founding members of the Green Crew. They are the Project Leaders for the Green Crew’s River Watch project.